Today I give you what I'd like to think the 1972 Topps cards would have looked like had they designated all stars as they would later in the decade, between 1975-1981.
Instead of an separate "all star" sub-set, the players would be tagged all stars on their regular issue cards.
I went with a simple bar-design running across the bottom of the card, just above the player's name. The A.L. got a red bar, while the N.L., which I will post tomorrow, got green.
Again, these are the players that were voted to the starting line-up, so even though Ray Fosse, Boog Powell and Tony Oliva didn't play because of injuries, they still get the all star tag-line.
Of course, Reggie Jackson, who didn't get voted in as a starter, was the player with the biggest impact on the 1971 All Star game, hitting a mega-blast off the light tower that instantly became legendary.
As a matter of fact, this game featured six home runs, and ALL six were hit by future Hall of Famers: Frank Robinson, Reggie Jackson, Harmon Killebrew, Johnny Bench, Roberto Clemente and Hank Aaron.
Frank Robinson's homer made him the first player to ever hit home runs as a member of both leagues. 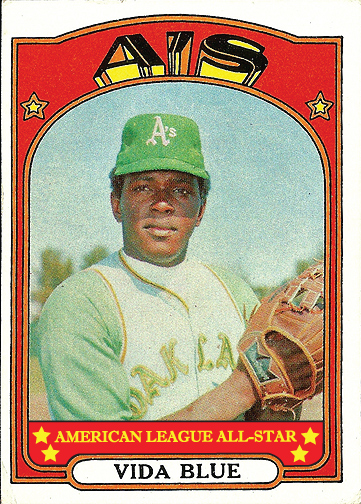 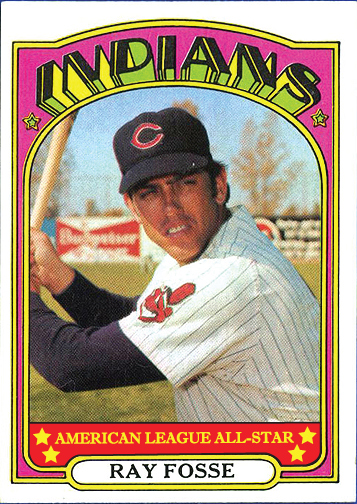 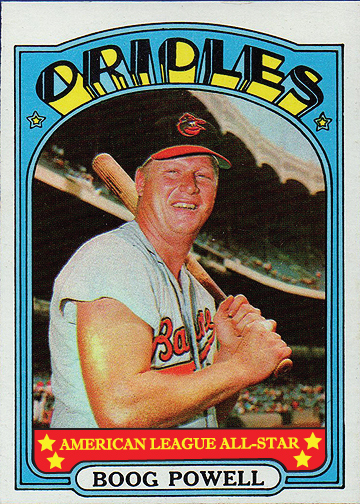 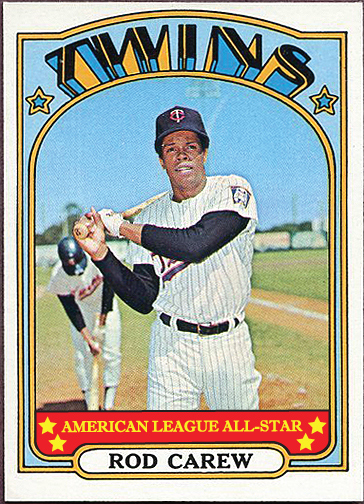 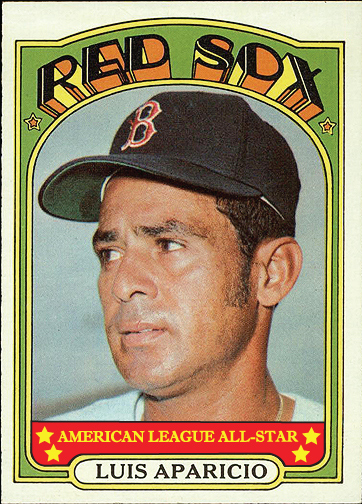 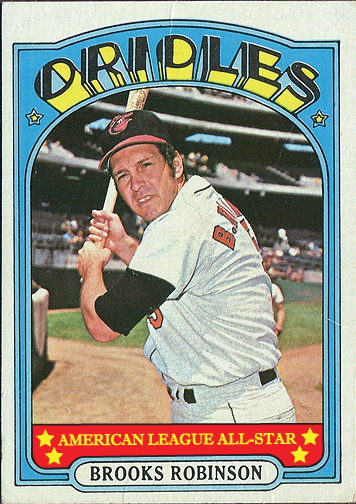 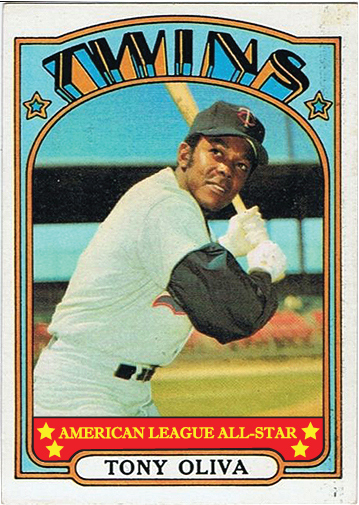 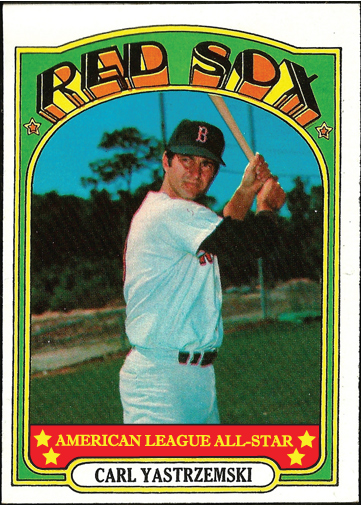 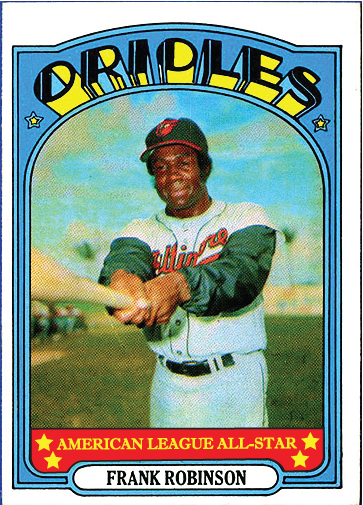