For some reason, Topps didn't have any all-star cards between 1971 and 1973, either as a separate sub-set, or an "all-star" designation of some kind on their regular issue itself like '75-'81.
Since I'm a fan of the latter, I've started to recreate all the cards of players between '71-'73 that should have been all-stars.
It's interesting because you have your usual all-stars like Bench, and Carew, but you also have some guys like Glenn Beckert and Dock Ellis that get a nice "bump" on their cards with an "All-Star" tag.
Please note that these "selections" were solely based on voter results from the year before, as Topps did to designate all-stars themselves. So whether or not the player actually started the previous years' all-star game, or if they didn't appear at all (due to injury), they got the all-star nod.
Today we'll start with the American League all-stars for the 1971 set. So obviously these are the guys that were voted in by fans for the 1970 game (except for pitcher of course. They were selected by the manager).
Tomorrow I'll post the National League all-stars from the same set, ending this thread with the National League all-stars from the 1973 set on Saturday.
What I did for the 1971 set was give a star designation (like the '75 and '76 sets), as well as giving the white border around the player photo a color: red for A.L. and yellow for N.L.
The reason I decided on this was mainly due to what Topps did for their 1971 football set, where "all-pros" had a different color for their borders than "regular" cards.
Notice that even though Harmon Killebrew was the starting Third Baseman for the American League in 1970, his card shows him as a First Baseman for the 1971 season.
Also of note: check out the great airbrushing job Topps did with Aparicio, who was traded to the Red Sox on December 1st, 1970, from the White Sox. You can clearly see the White Sox jersey in the photo. 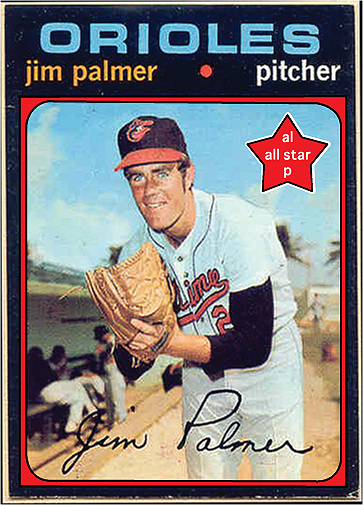 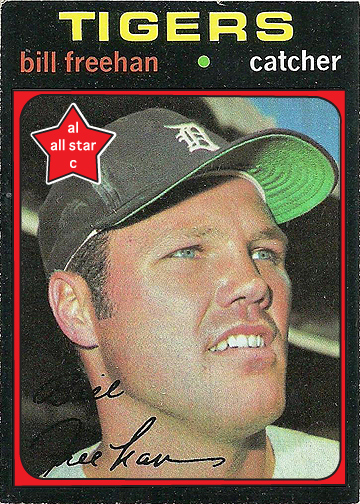 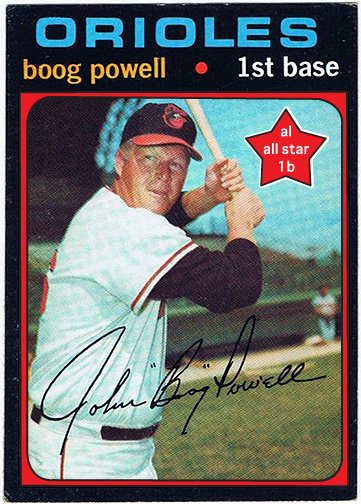 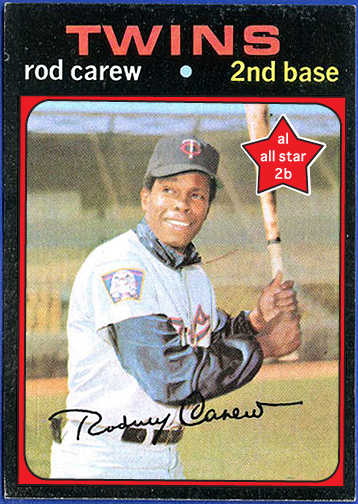 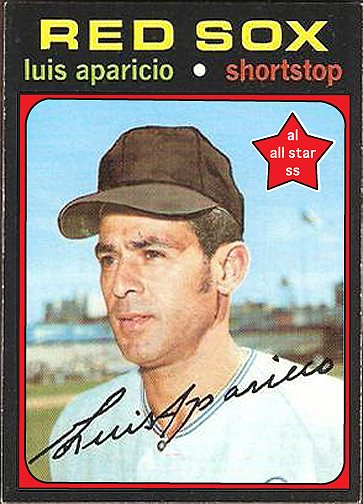 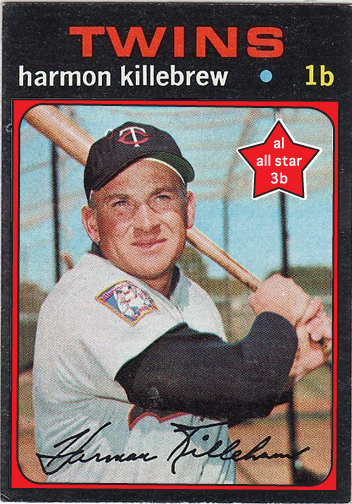 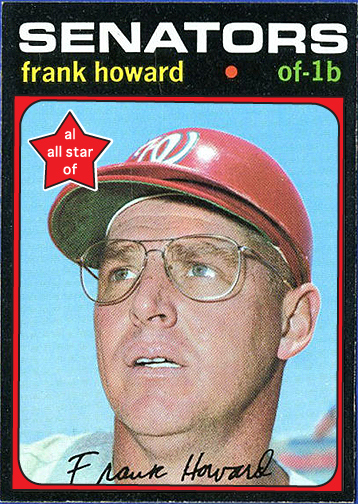 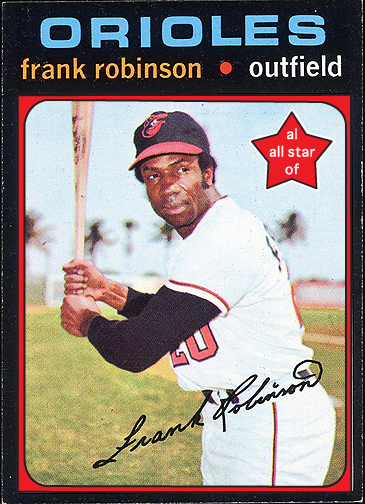 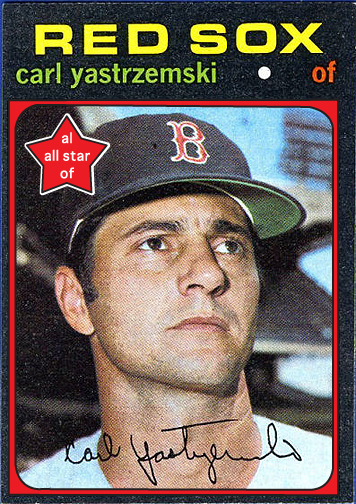