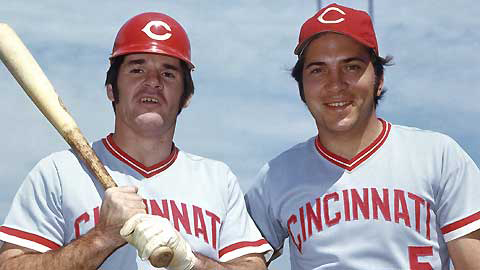 Just to get our minds churning a bit, here are a few baseball trivia questions related to the 1970's. I'll post the answers tomorrow down below:

1. Only one player in Major League history has had seasons of 40+ homers in three different decades. One of these seasons were during the 1970's. Who is it?

2. Besides Nolan Ryan, only one other pitcher threw two no-hitters during the decade. Who was it?

5. Johnny Bench won his two N.L. MVP awards in 1970 and 1972. Ironically, the same player finished second in voting both seasons. Who was he?