AIRBRUSHING THE OAKLAND A'S AWAY IN 1977

The free-agent "boom", and the trades resulting from it, caused a ton of bad airbrushing in the '77 set league-wide. But I was drawn to an unusually large number of former teammates that were part of this group: former Oakland A's.
For any fans of the A's in the mid-70's, it must have been brutal watching the mass exodus of such an awesome three-peating dynasty pretty much all in one fell-swoop, either by trade or free-agency.
After Catfish Hunter and Reggie Jackson left before the 1975 and 1976 seasons respectively, the true dismantling occurred during the off-season between '76 and '77, when no less than SIX star players were wearing another teams uniform for opening day.
Because of the madness of all this player shuffling, Topps had their hands full with all of these former A's, having to airbrush their cards to stay up to date with the players new team depictions.
Of course, with an already shaky hand at the airbrushing game, the added rush of players to "fix" only added to the mess, and we were presented with some funny cards for the history books.
Check out some of the cards here: 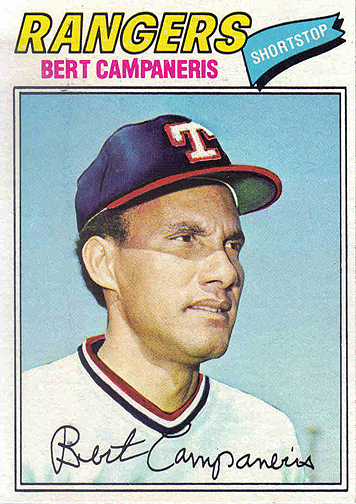 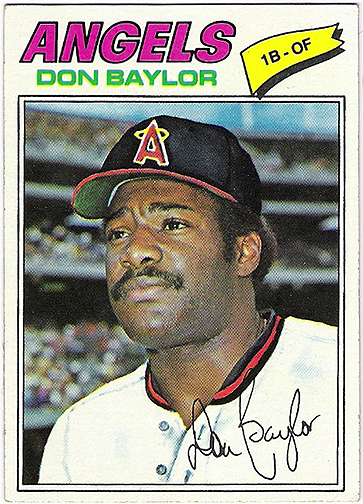 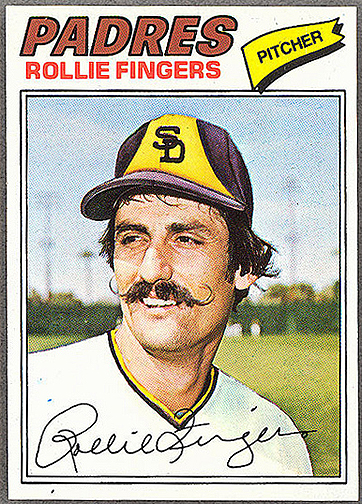 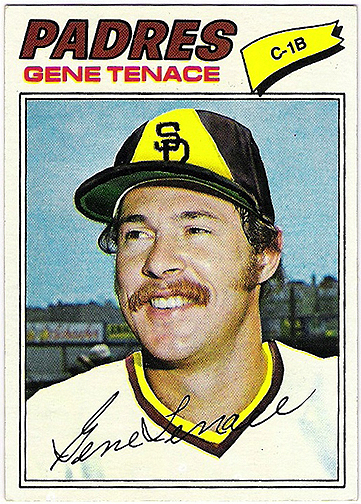 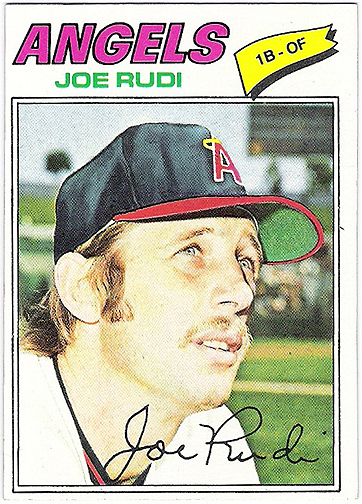 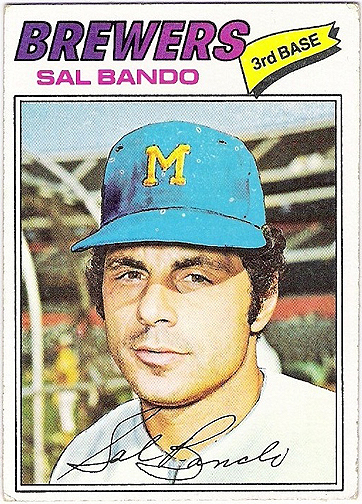 The Rudi card was actually a great job of airbrushing. But just look at that Bando card! Hilarious. Looks like some bad decal of a cap was slapped on top of the original photo, and then colored in with crayon.
Even though he wasn't actually part of the dynasty A's teams, Don Baylor was on the team for the 1976 season, and his card is also a classic, with the Angels' logo not skewed correctly, giving us a twisted perspective only the Twilight Zone could have given us. Awesome!
Looking at all these guys, it truly drives home just how awesome those 1972-1974 A's teams were. Throw in Reggie and Catfish, and consider Vida Blue, Claudell Washington, Ken Holtzman, and even Blue Moon Odom, and you wonder what they could have done if they stayed together a bit longer.
Would have been great seeing this team grind it out against the "Big Red Machine" at THEIR peak just a couple years later in 1975-76.
Posted by John23 at 12:03:00 PM