Here’s a “not really missing” card for former pitcher Charlie Hudson, for whom I earlier created a “missing” 1974 card: 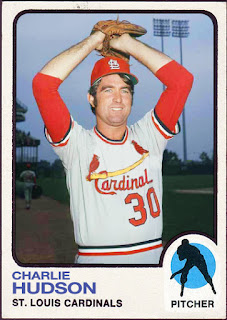