The next 1975 “In Action” card in my new thread is Indians ace Gaylord Perry, who was smack in the middle of a great run that would lead him right to Cooperstown: 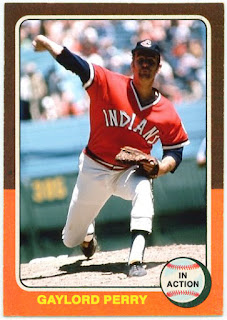