Here’s a 1974 “missing” card for former infielder Ed Crosby, who split 1973 between the St. Louis Cardinals and the Cincinnati Reds: 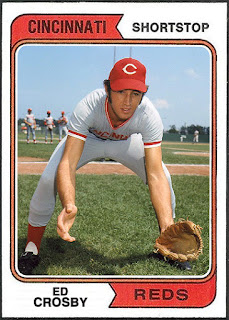