On the blog today we have a "not so missing" 1974 card for pitcher Andy Hassler, who was still struggling to hang on to what ended up being a nice 14-year career that ended after the 1985 season: 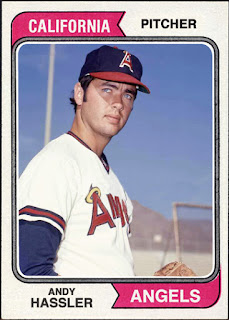