Came across this original Topps image of career Minor League pitcher Juan Veintidos, showing the COMPLETE colorization/airbrushing used for his slot in a multi-player 1975 rookie card, and just had to post it: 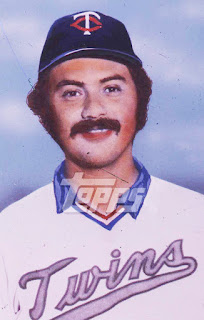 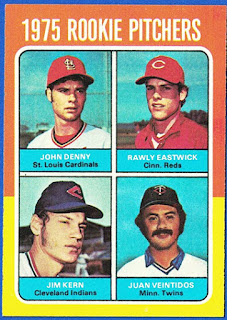 Veintidos spent his entire pro career in the Minors between 1967 and 1978 in both the New York Mets and Minnesota Twins organizations before heading South to Mexico, but did get his spot in a 1975 multi-player rookie based on a 1974 season that saw him go 14-5 over 29 appearances in his first season with the Minnesota organization.
Generally a starter, he did put in a few years where he was an arm out of the bullpen, especially in the beginning of his career in the Met's system.
Sadly, he would never get that shot in the Majors, finishing up with 80 wins over 280 appearances in his professional career, retiring at the age of 30 after the 1980 season.