Here’s a card for an “original” Seattle Mariner from their inaugural 1977 season, pitcher Tommy Moore who was missing from the 1978 set: 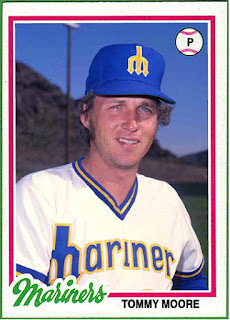