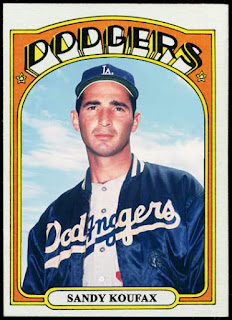 This was just my “what if” had Koufax’s career not been derailed by arm troubles, forcing him to retire after another dominating season in 1966. A season which saw him win his third Cy Young Award in four years.
We all know how he’d end up the youngest member of the Hall of Fame just a handful of years later, and a common face in Dodger Spring Training camps after that.
But boy, the “what if’s” that bounce around in my head, even WITH the Hall of Fame career he already put in...
Posted by John23 at 6:02:00 AM