Here’s a “missing” 1975 card for former outfielder Ivan Murrell of the Atlanta Braves: 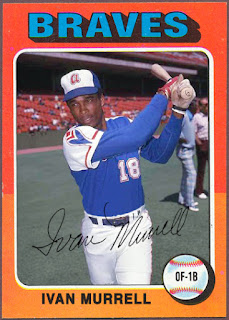