On the blog today, the third "not so missing" card created for former Chicago Cubs outfielder Gene Hiser here on the blog, this one a 1973 edition: 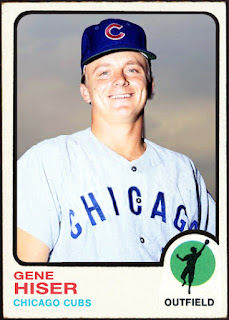