Here’s a card a long-time in the making, my 1974 “missing in action” for former pitcher Steve Dunning, who split his 1973 season between the Cleveland Indians and Texas Rangers: 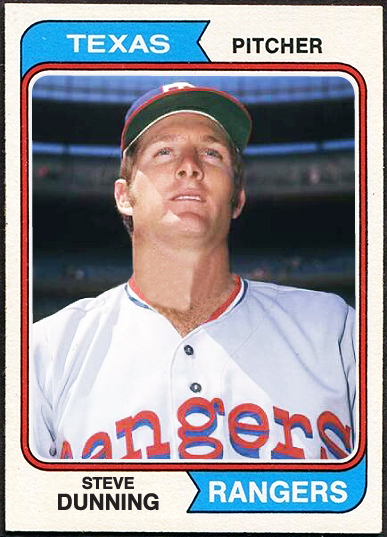