Here’s a card I absolutely thought I already created for the blog some time ago, but actually didn’t, a 1977 “not so missing” card for former infielder Bob Heise, then of the Boston Red Sox: 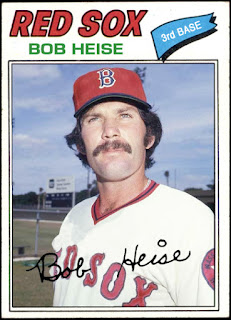