Up on the blog today, we have a “not so missing” 1973 card for former Houston Astros pitcher Mike Cosgrove, who made his MLB debut during the 1972 season: 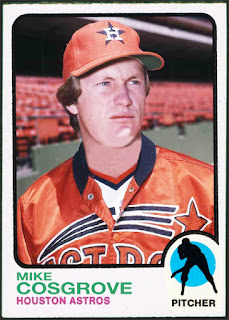