Up on the blog today we have a “not so missing” 1972 card for former first/third baseman Ed Goodson, who just came off his second partial season in the Big Leagues with the San Francisco Giants: 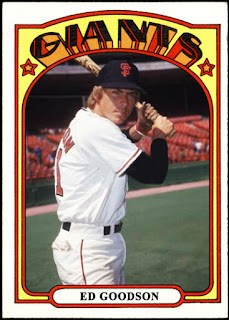