Today we post up a missing 1977 card for San Diego padres pitcher Jerry Johnson, who would have his final card the following year in the 1978 set as a member of the Toronto Blue Jays: 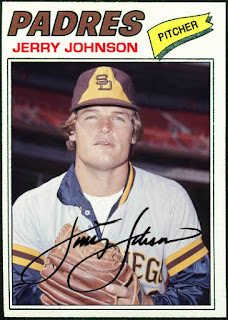