Herman Hill is a player I really knew nothing about, and I even profiled his only baseball card about a year ago because of the other player on the card, Paul Ratcliff. So when I recently read a small article on baseball players passing away during their active careers, his name caught my eye, and led to me creating an "In Memoriam" card for him as part of the 1971 set. Take a look: 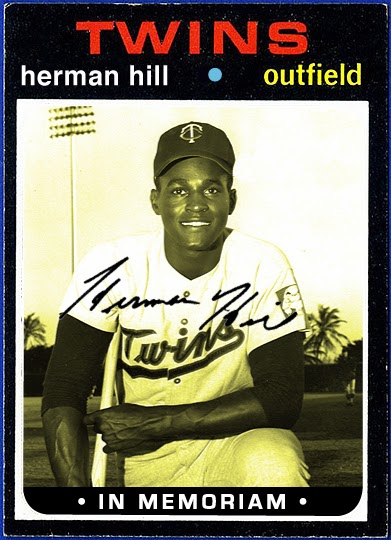 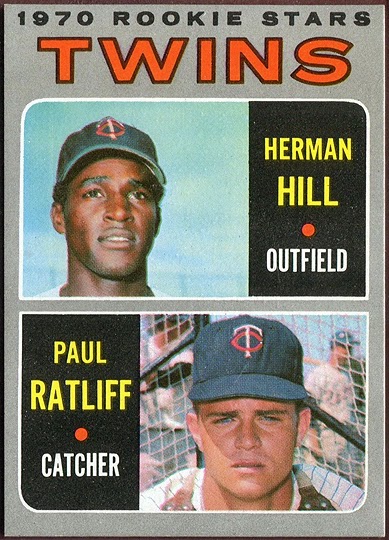 After appearing in 16 games in 1969 and 27 games the following year with Minnesota as an outfielder/pinch runner, Hill was traded to St. Louis in October of 1970, but would never see another Major League game.
Sadly, while playing in Venezuela during the off-season, Hill would drown while swimming, passing away at the age of 25.
His brief career consisted of 43 games and 24 at-bats, with a couple of hits and a stolen base.
I didn't want to create a card for him as a Cardinal, since he never even got to play with them, so I created a 1971 "In Memoriam" card for him with the only team he ever played for, the Minnesota Twins.

Posted by Giovanni Balistreri/ WTHBALLS at 8:10:00 AM