On the blog today, we have a "not so missing" 1975 card for former Montreal Expos outfielder Jerry White, who made his MLB debut with nine games during the 1974 season: 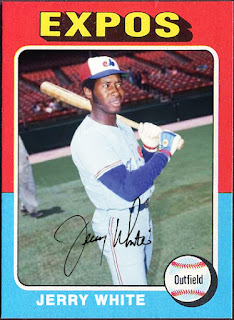