Imagine coming up as a pitcher in the Los Angeles Dodgers system with the name Sandy Vance!? I mean, you are conjuring up the legends Dazzy Vance AND Sandy Koufax all at the same time. Man the pressure. 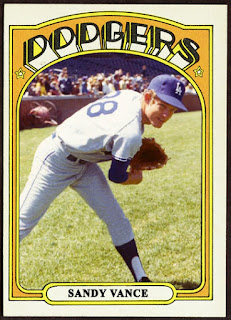