I came across this magnificent photo of former slugger Jimmy Wynn a while back and just knew I would have to re-do his Topps 1977 card, so today is the day: 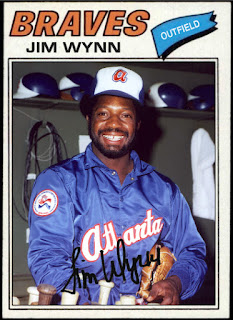