Up on the blog today, a fun card to add to my long-running "Nicknames of the 1970's" thread, a 1971 edition for former California Angels pitcher Clyde "Skeeter" Wright: 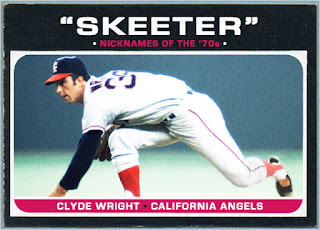