On the blog today we have a re-done 1978 card for former pitcher Paul Mitchell, who found himself North with the new Seattle Mariners franchise after starting the year with the Oakland A's: 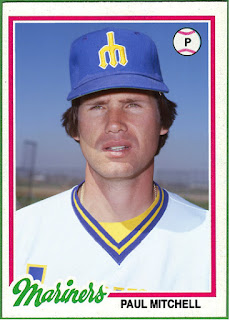 For those that need a refresher on what the original Topps airbrush looked like, here you go: 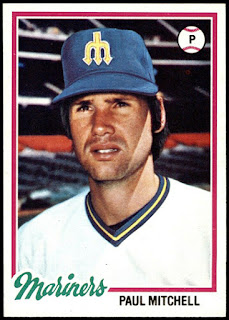 Mitchell appeared in five games for the A's before he was purchased by Seattle on August 4th of 1977.