On the blog today we have a "not so missing" 1975 card for former Philadelphia Phillies outfielder Mike Rogodzinski, who was just about to start his third season in the Big Leagues: 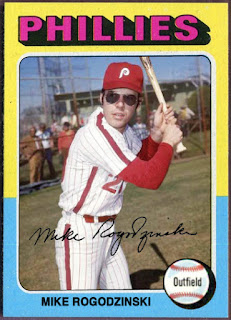