Today’s blog post gives us a “not so missing” 1976 card for former California Angels First Baseman/Outfielder Dan Briggs, who made his MLB debut during the 1975 season: 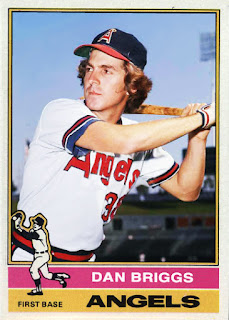