Today we have a “missing” 1977 card for former outfielder Joe Lahoud, who split the 1976 season between the California Angels and Texas Rangers: 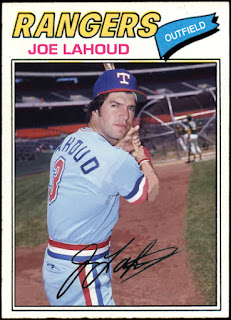