The next Negro League Legend spotlighted from my custom set released last year, one of the greatest sluggers there ever was, Mule Suttles: 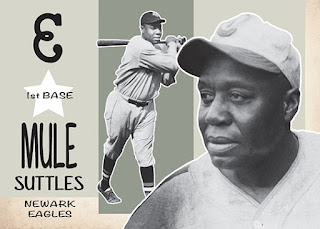 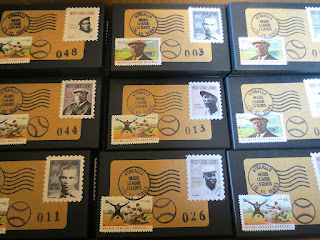 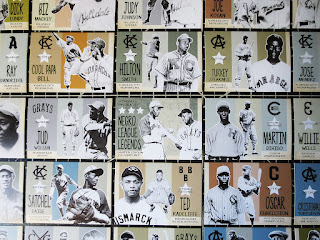 Suttles played between 1921-1941 and was known for both his prodigious power and hitting for average, leading his league in home runs twice as well as doubles, triples and average once each all between 1926-1930 while with the St. Louis Stars.
While playing for the Newark Black Eagles in the late-1930’s and early-1940’s, he played along other Negro League legends Dick Seay, Willie Wells and Ray Dandridge, part of what was knows as the “Million Dollar Infield”.
According to available documentation, Suttles finished his NBL career with a .329 batting average and 129 homers, second only to yet another legend, Turkey Stearns who has credit for 176 in league play.
Baseball author Bill James ranked Suttles as the 43rd greatest player of all-time in ANY league back in 2001, as well as the second-best left-fielder in Negro League history.
In 2006, his place in Cooperstown was rightly given, getting elected by the special Negro League Committee.
Posted by John23 at 5:46:00 AM