Up on the blog today, we have a career-capping 1975 card for former San Diego Padres pitcher Mike Corkins, who played the last of his Big League games during the 1974 season: 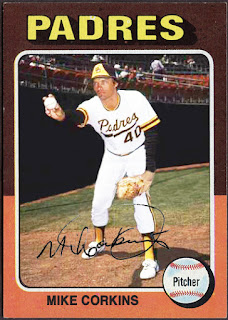