Up on the blog today, we have a "not so missing" 1975 card for former New York Mets pitcher Craig Swan, who was left out of the set by Topps after having a spot on a multi-player rookie card the year before: 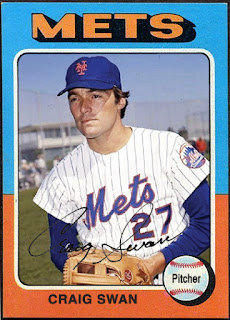