Today's blog post has a career-capping "not so missing" 1973 card for former Atlanta Braves infielder Gil Garrido, who finished up a six-year Big League career with 40 games in 1972: 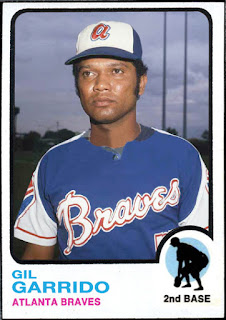