On the blog today, we have a "not so missing" card for longtime Big League infielder Ivan DeJesus, who was yet to become a full-timer as the 1977 season approached: 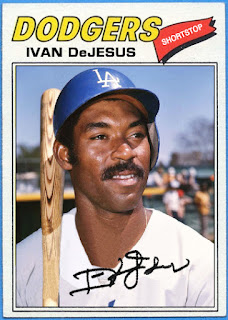