Hey, I can't help myself. When you find as sweet an image of Willie Mays as this one, you create a card for the man no matter what. So since I created a landscape edition 1974 "career-capper" here on the blog years ago, I will go ahead and create a portrait edition: 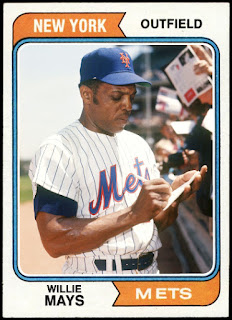