Today we have a “not so missing” 1970 card for former San Francisco Giants outfielder Frank Johnson, who spent all six years of his Major League career in San Fran: 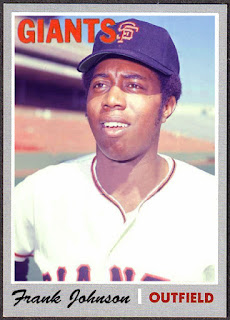